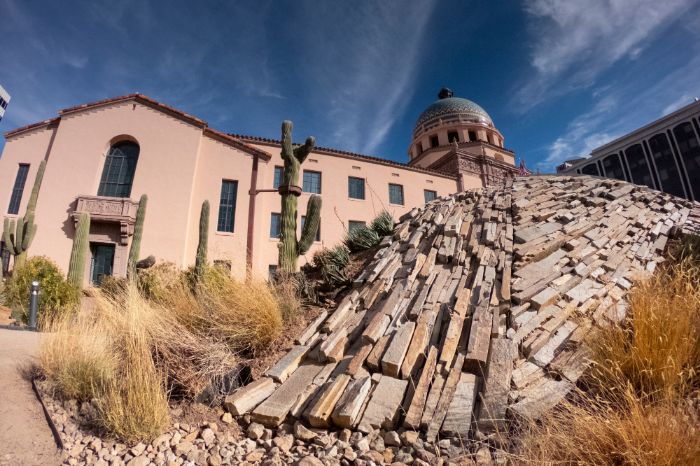 The memorial and its surrounding gardens represent a community embrace. (Photo courtesy of CHASSE Building Team)

On Jan. 8, 2011, a shooting occurred at then Congresswoman Gabrielle Giffords’ Congress on Your Corner event in Tucson. Six individuals died and 13 were wounded that day, including Giffords, who was shot in the head.

Ten years later, a memorial to honor those who lost their lives and were injured that day has been completed. Located in El Presidio Park, the January 8th Memorial is a place of contemplation and reflection developed in partnership with Pima County, CHEE SALETTE landscape + architecture and CHASSE Building Team, where visitors can honor the victims of the tragedy and its first responders.

Arizona spas and resorts for self care

‘Headscape’ – Laugh your hair off with this...

Connect with the veterans in your life